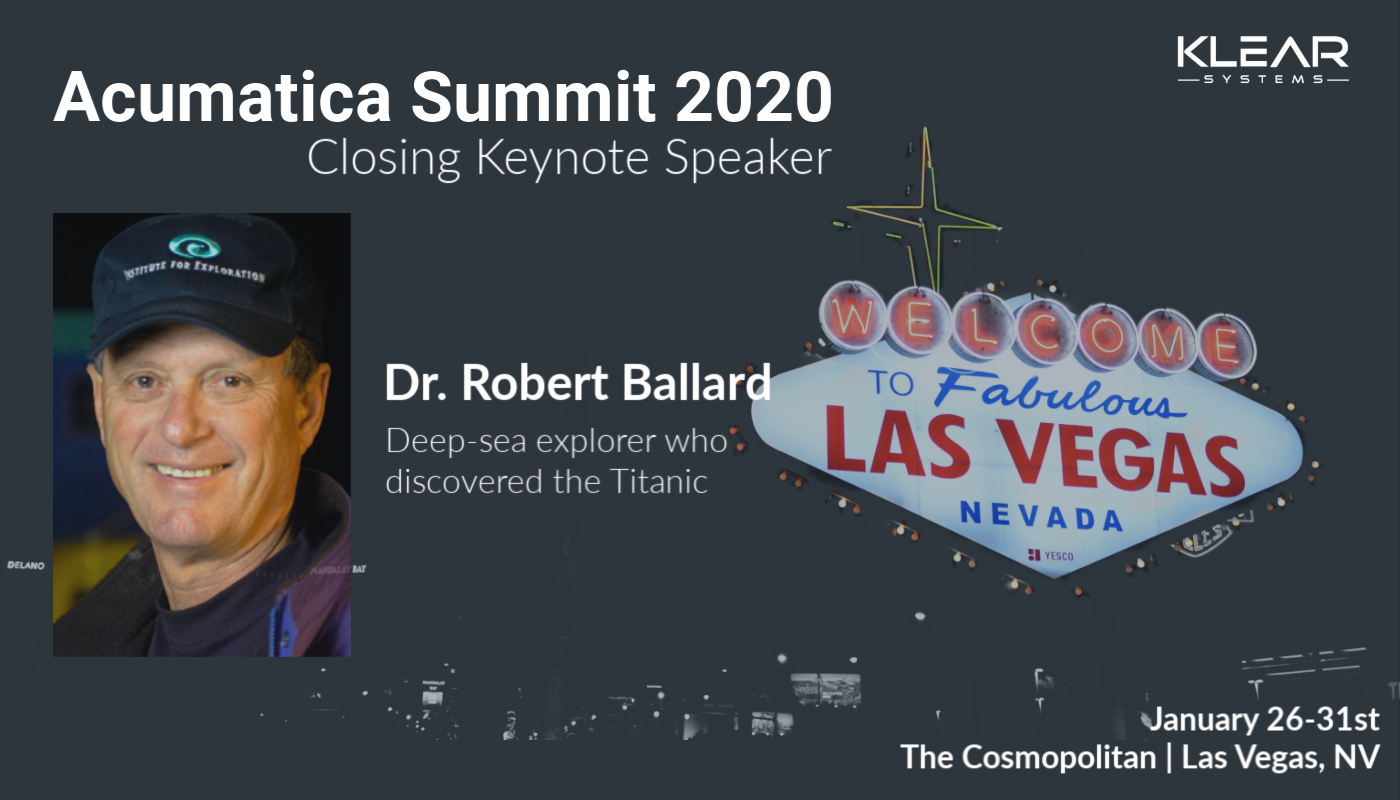 With a little over 3 months until Acumatica Cloud ERP's 2020 summit, we're more excited than ever to attend the premier event that promises to deliver a high-impact, educational experience for thousands of customers, partners, and analysts.

Dr. Robert Ballard is a renowned oceanographer, explorer, writer, and scientist most notably recognized for having found the RMS Titanic! We're confident Dr. Ballard will not only invigorate but also inspire cloud ERP event attendees to reach not only for the stars but for the bottom of the ocean.

“You can only inspire when you give people a new way of looking at the world in which they live,”

Deep-sea Explorer who discovered the Titanic

Along with being recognized as the deep-sea explorer who finally found the Titanic in 1985, Dr. Ballard has many other noteworthy achievements, including having discovered the German battleship Bismarck, the lost fleet of Guadalcanal, two ancient Phoenician ships, four 1,500-year-old-wooden ships, and so much more.

However, as exciting as these discoveries are, Dr. Ballard points to the discoveries of hydro-thermal vents and “black smokers” in the Galapagos Rift and East Pacific Rise as his most important.

Where sea and land technology collide

Dr. Ballard’s prolific work and success in ocean exploration has been bolstered by his efforts in developing deep submergence and telepresence technology which allows the teams involved in sea explorations to be virtually connected - those who are on the seafloor, on the ship, at “mission control” at the Inner Space Center, and watching around the globe are seeing it happen in real-time.

“Telepresence…enables the development of partnerships between geographically dispersed groups who otherwise might not have the opportunity to collaborate due to cost or logistics, and ultimately allows for the most efficient use of all resources, as access to data and information between ship and shore is immediate and sustained for the duration of an expedition,” states the Ocean Exploration Trust website.

What telepresence technology is to Dr. Ballard is what cloud ERP software is to small to medium-sized businesses (SMBs). Both technologies offer users the modern tools they need to compete in the marketplace by bringing collaboration, efficiency, and real-life data transmission to the table.

“Remember to always dream. More importantly, work hard to make those dreams come true and never give up,”

We can't wait to hear all that Dr. Ballard has to say about technology as well as leadership, goal-setting, innovation, and collaboration, all from a unique viewpoint! 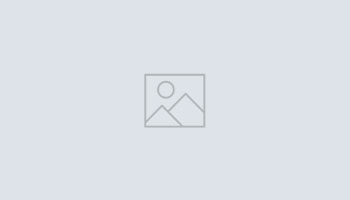 How Does Cloud-Based ERP Help Small to Mid-Sized Businesses Grow?

Who said there's no such thing as a free lunch? They must not have heard of Acumatica's Virtual...